Future Of Diesel Generators: Is It Stay in Future or Not? 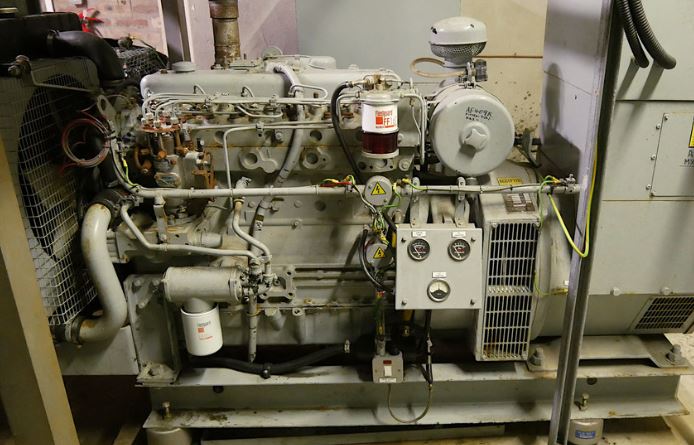 Diesel generators are the most credible solution for temporary or mobile power. Because of their all-rounder, measurable, and weather-independent operation. Following quite a few years of volatility and limited demand pushed with the aid of falling stock prices. 2017 & 2018 have been a return of profits for most producers and retail providers.

Even though the world is in big need of efficient energy sources and diesel generators could be a great solution. They come under serious fire, as an effect of regulation on every form of the climate-altering agent. Basically, they’re being directly threatened by environmental protection groups and government regulation. Because of their emission. It really does not matter how helpful they are for various industries, as long as they create an increasing amount of air and noise pollution.

Considering this aspect, along with the increasing technical progress in the domain of renewable energy and the decreasing costs. People claim that it won’t be long until the generators will completely disappear. They were recently stood against renewable energy despite this comparison not being fair. From a technical point of view, renewable energy is a source of grid power, while it uses diesel generators for backup power.

Regulatory emission controls are one of the most important factors of the market drivers. Forcing OEMs to invest in expensive exhaust after-treatment technologies and passing these increased costs on their customers. To control diesel generator exhaust & emission, using the pollution control device is one better option.

With EU Stage V emissions management being phased in over the next 2-3 years. The cost of renewables and energy storage continues to fall. A tipping point for many end-user applications is conceivably insight.

In recognition of this, the key diesel generator stakeholders are adapting their business models and expanding in new directions. Caterpillar, for e.g. made several new product releases beginning this year. Including the launch of several gas-fired including the use of the company’s existing distribution network to support sales of a cat branded SunPower solar panel.

The diesel engine uses the same four-stroke cycle as a petrol engine. But with two major differences involving the air-fuel mixture and injection systems. In the diesel engine, it compresses only air in the cylinder instead of an air-fuel compound.

At the edge of the compression stroke, the fuel is directly injected into the deflagration chamber by a fuel injection pump. A typical similitude ratio of 20:1 is used. It suffices to raise the air temperature to over 400 °C. Once the diesel fuel is injected into the cylinder, it immediately vaporizes and involuntarily ignites.

Modern diesel engines use direct-injection fuel-delivery systems, as the use of computerized engine management systems can closely control them.

The higher combustion temperature also leads to different exhaust emission profiles between vehicles with a petrol engine and a diesel engine. In addition, although diesel fuel has almost the same energy content per kilogram as petrol. It is denser and contains more energy per liter.

In a diesel engine, 32% of the heat energy is delivered to the crankshaft. Whereas in a petrol engine only about 24% becomes delivered. It delivers this kinetic energy to the wheels via the mechanical drive-train. Energy is ‘lost’ for friction between the transmission components to the aerodynamic drag of the vehicle.

As a result, in theory, only about 24% of diesel fuel’s energy ends up being used for moving the car; with petrol. This figure is only 18%. The actual values found vary enormously with the vehicle type and with the driving conditions. ICEs are inefficient in slow stop/start urban motoring and in situations of high acceleration; they work most efficiently running at a constant speed.

Why Diesel Generators May Remain Viable

With a realized figure estimated at 3,000 reliable, continuous hours of sunlight each year. Africa is well-positioned to be one of the most innovative markets for the adoption of widespread solar power for primary electric power generation. It matches this realization with the hottest trend in power, going off-grid.

This new dynamic connects new solar systems with superior storage and a tried-and-true partner in electricity generators–a diesel ‘Genset’. Known as a microgrid, the dynamic system integrates renewables, storage capacity, and backup industrial generators in an efficient and sustainable manner. Thanks to these microgrids, living lightly off the grid can happen today and it gears Africa to lead the way.

For many communities around the world, access to a reliable electricity supply has been a transformative journey. It has enabled a higher quality of life whilst contributing to economic growth. For many developed areas, it has been promoted by the use of diesel generators.

The numbers seem to show that modern storms are becoming more severe. Including the amount of rainfall, wind speeds, the number of Category 4 and 5 hurricanes, and the cost of damage. Even without the threats from nature. According to the National Infrastructure Advisory Council, the U.S. power grid is woefully unprepared for a “catastrophic power outage” from attacks or infrastructural damage. Micro-grids should become more popular considering these threats.

The much-talked-about Green New Deal of February 2019 did not garner a single vote in the U.S. Senate, with opponents arguing the plan to move to 100% renewable energy by 2030 would make virtually no impact on global temperatures, anyway. Every serious Democratic candidate for president in the 2020 election has signed onto it, and the move away from fossil fuels like diesel is a pillar of many of their campaigns. The issue is not going away soon.

The fragile state of the global economy

During the economic downturn, naturally forces companies and individuals to find the cheapest goods, with environmental concern for much longer a luxury. That being the case, consumers could be averse to changing their energy production systems if a global recession strikes, which many analysts are predicting. Sticking with time-tested DGs, even over renewables that can save money over the long term, maybe considered the safest play.

We envision two paths for the future of diesel generators. In the U.S., Diesel Generator will remain relevant, though highly regulated, for the next 15 years, at least. Beyond that, it seems likely that given

a) The pace of technology and

b) Urging from environmentalists.

We feel safe continuing to favor diesel generator buy today. Backup power is essential for many industries–businesses and governments will not step away from the definite security of diesel generators until alternatives provide the same level of warranty.

Internationally, the picture may be different. Diesel generators could remain in use in developing countries for another 50 years or more than a part of industrialization efforts that are pulling millions of people out of abject poverty continue.

In the absence of any global body with the ability to levy binding environmental regulations on a sovereign nation, the immediate needs of keeping the lights on and the water lines running may well trump the desire for cleaner energy than diesel generators can provide.

This is how the popularity fell down. But now it stands again. In some countries of Africa adopted diesel generators.

Several major manufacturers in the country offer diesel generators with power ratings starting from 2.5 KVA going to 3750 KVA. Each of them has carved out a niche for themselves operating in the specific power rating segment they are proficient in.

With implementing GST, these manufacturers see a higher role for themselves and are taking steps to cater to the increasing demand expected from huge investments in infrastructure soon. Also, you will get a better understanding of how a diesel generator works.

However, large manufacturers don’t see these small generator producers as rivals. But anyway, they will have an important role to play in the expected boom in the building and construction industry.