What Is An Inverter Generator And Why It Is So Important? 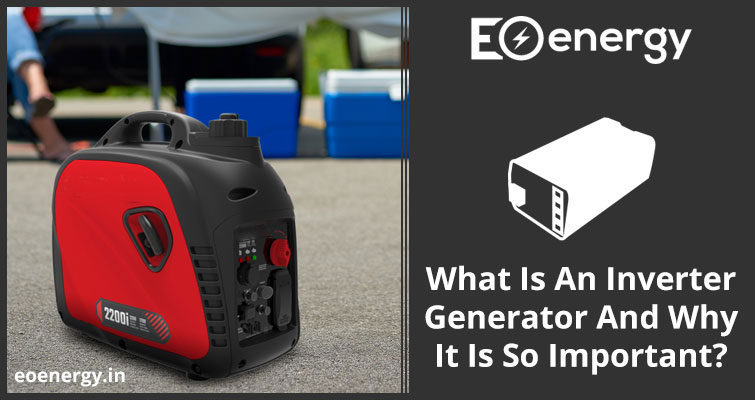 Electricity is an important thing in our life. Especially in the case of an emergency, it is the need of the hour. You would probably think of a conventional generator that is more often used to produce electricity which demands fuel. But nowadays, the inverter generator is gaining popularity as the best portable solution to electricity demands. The Mechanism behind an inverter generator.

To better understand the mechanism of an inverter generator, first of all, we need to understand how electricity is made. We should know that electricity comes in the form of two electric powers, the alternate current, and the direct current. An alternating current is the form of power that is used by home appliances and it alternately changes its direction. The medium of this power comes in the electric sockets, plugs, etc.

On the other hand, Direct current is the current that maintains a steady flow and does not change direction. This type of electricity is what powers anything that relies on batteries, such as electronic machines, mobile, and even cars. These benefits of portable generators make them an ideal choice for household power needs.

Now we come to know that AC is more often used as most of the home appliances are based on this type of Current. But we can get the AC power with the use of an inverter generator. An invertor Generator, first of all, generates DC power through the fuel or petrol provided and then converts the DC power into AC power. Simply as the name suggests, an inverter Generator just inverts the direct electricity into the more useful Alternate electricity.

Benefits of an Inverter Generator

The most useful thing about an Inverter Generator is that it is very portable, which means you can fix this machine anywhere. An inverter generator is so lightweight and small so that you can put this generator near your campsite.

An inverter Generator produces electricity in the standard of 200 Watts range continuously. So don’t worry about anything cut short of the power which is quite often in the case of More conventional form.

An inverter Generator produces low sounds in comparison to its conventional counterpart. Because not only its engine is small but it runs at a much lower speed in the power generating process.

Inverter generators can also combine parallel functioning. This means that more than one generator can be used to increase power output. This is the functionality not all the inverter Generators have, but if you get the one, you can surely make its electrical capacity counts.

Another advantage of an inverter Generator is its specialty of saving fuel. The latest technology in an Inverter Generator enables it to use a quite considerable amount of fuel. In addition to this, the technology also lowers the engine revs when power demand decreases. As a result of this, the A.C,’frequency continues steadily.

As they are the small and portable solution to your electricity needs, the maintenance and other attached costs are significantly lower than the other big types.

An inverter Generator is best for your outdoor electricity demands. If you are out for a long vacation in a place rather a remote site due to breaking the stress and escaping the crowded life of the city for some while, this product is very useful for your handful of equipment.

For those persons, whose job demands them to stay cut from the big city. Their life considers an inverter Generator as an exceptional device. With a quieter machine, one can find more peace on the job.

The best example of these generators comes in the form of a car battery engine. Now consider if your car breakdown on a remote site, probably you just become very hapless on the spot situation. If you have very proper tools that you reserved in your car, you can make the most out of your car battery engine.

You can run a couple of 15-watt bulbs (2.5 amps) for about 12 hours on a car battery. In addition to this, your car’s alternator can generally supply 700 watts. So to run more than a 300watt inverter from a car, you’ll need to connect it directly to the car’s battery with cables, and then you will need to run the car’s engine continuously. It is where a gas-powered portable generator makes sense.

Another very useful example in the series of Inverter Generators has come in the form of Solar-powered Generators. The main thing behind this Generator is that it does not need any fuel but instead. It uses Solar energy as the natural resource to power our homes.

These inverter Generators not only environment-friendly as releasing the minimal amount of harmonic gases but also a very great and economical option in the situation like an emergency power cut. You would probably watch those solar panels on the rooftop of most of the households and buildings.

A solar inverter Generator accepts sunshine as its input and generates electricity as output in the process. This is a 30watt 12-volt polycrystalline solar panel, wired by using an AC plug that plugs into the battery box. The amp hours on the AGM battery is 12 amps.

Portable gas generators have several key technological makeovers recently. From critically safe to the one significantly boosts the level of performance in the form of inverter generators. Some new potable Generators are built upon the idea of reducing the risk of carbon monoxide poisoning. With a built-in sensor that triggers an automatic shutoff if CO builds, these latest or new age generators can release a rather less percentage of the CO levels.

Do I Need The One?

It is an interesting question, every person can ask. Well, it is based on your electricity usage. Nowadays, an inverter Generator is turning out to be a useful thing for many households. Also, we intend to buy the device for even the most basic needs of our electricity. No matter if it is an emergency or any expensive deed, the customers just tends to look for them.

If you are a campsite person or your job needs your profession to live in rather rural or remote areas, it is reasonably a good idea to opt for an inverter Generator. As in these types of areas, the electricity supply is not as good as in the big cities.

But I remind you that these inverter Generators are expensive and only buy them if you are capable of making good maintenance as well as bear its fuel or other expenses. But the recommended type of Inverter Generator for any big city households are mostly Solar generators. Although high in prices, these fuel-free devices require less maintenance once installed to keep electricity constantly flows.

The Categories Of An Inverter Generator

To better understand the need for an inverter Generator we should classify them in different categories which are as follows:

The large inverter power generators can weigh around 250 pounds or more including the wheels. They generate 5000 watts of power or more with at 220 volts. These inverter Generators are big enough to power the entire house and can be joined directly to your electrical board with a safety device called a transfer switch, which CR strongly recommends.

These generators are generally safe to use as we normally can’t touch the device in our daily lives. With its more power capacity we can even run some other home appliances which required a significant amount of power. You can even organize a house party based on its electricity.

Weighing around 80 pounds, the midsized inverter Generators produce electricity in the range of 2500 to 4500 watts but is not the suggested option of connecting to your electrical board with a transfer switch. Instead, you can plug-in appliances or electronics directly into the generator.

It is sometimes dangerous to directly run a home appliance from an inverter Generator unless you follow certain guidelines. Moreover, it requires a considerable amount of maintenance as it goes from one place to another. However, it is suitable for recreational vehicles and requires a much safer distance before use.

The recreational version of the inverter Generators is just made purely based on your portable needs of electricity. Weighing 50 to 60 pounds, these generators can be transferred from place to other with your bare hand. These Generators are ideally used when you are looking for camping somewhere or tailgating.

Although good for putting just a little away from your campsite, the recreational generators are not safe in an enclosed environment as it emits Carbon Monoxide in the level that can have a grave impact on your fitness.

Control panels on inverter Generators include a display that allows you to monitor voltage output, frequency (Hz) and hours of operation and fuel intact. They also include LEDs that warn of overload conditions.

It is a useful feature since you already know your Generator’s capacity in advance. You will be safe from the sudden blackout as it is in the case of the conventional ones. Some of the types come with beep sound that indicates your device’s low capacity due to running out of fuel.

Just switch from automatic saving to a power-boost mode when you want a sudden surge of power from Generator’s controls. This Switch transfer allows a portable generator. To provide power to the circuits you want to power in the event of an energy outage.

With a transfer switch installed. you eliminate the need for running extension cords to all individual machines which make for a safe, up to code installation.

Some inverter Generators come with a battery-charging cable, a spark plug wrench and a generator cover. With parallel cables, you can connect more generators. (for twice the power).

Most of the new models of inverter generators are now come with electric start. A great feature to have when you’re camping because it permits you to give power. Because it allows you to provide power to all of your conveniences with the push of a remote button.

This is a very useful feature for controlling your device from the distance and keeping your stuff of running appliances.

Another interesting feature of some of the inverter generators is the eco mode function. Which is ultimately match your budget preferences. Certain models have this feature for reducing fuel consumption by reducing the RPMs as much as possible to become more environment-friendly.

At any point in time, you can just turn off the eco mode to run your appliances. It also frees the Generator of making extra loads because of less RPM’s.

If you are a Generator lover, then you would probably want to replace your traditional generator. Which makes your neighborhood angry with its sound, to the more modern one. Just don’t go to its price as it tends to high a bit, but go to its low cost of running cost attached to it. With the advancement of techniques, more sophisticated versions of inverter Generators are about to come.